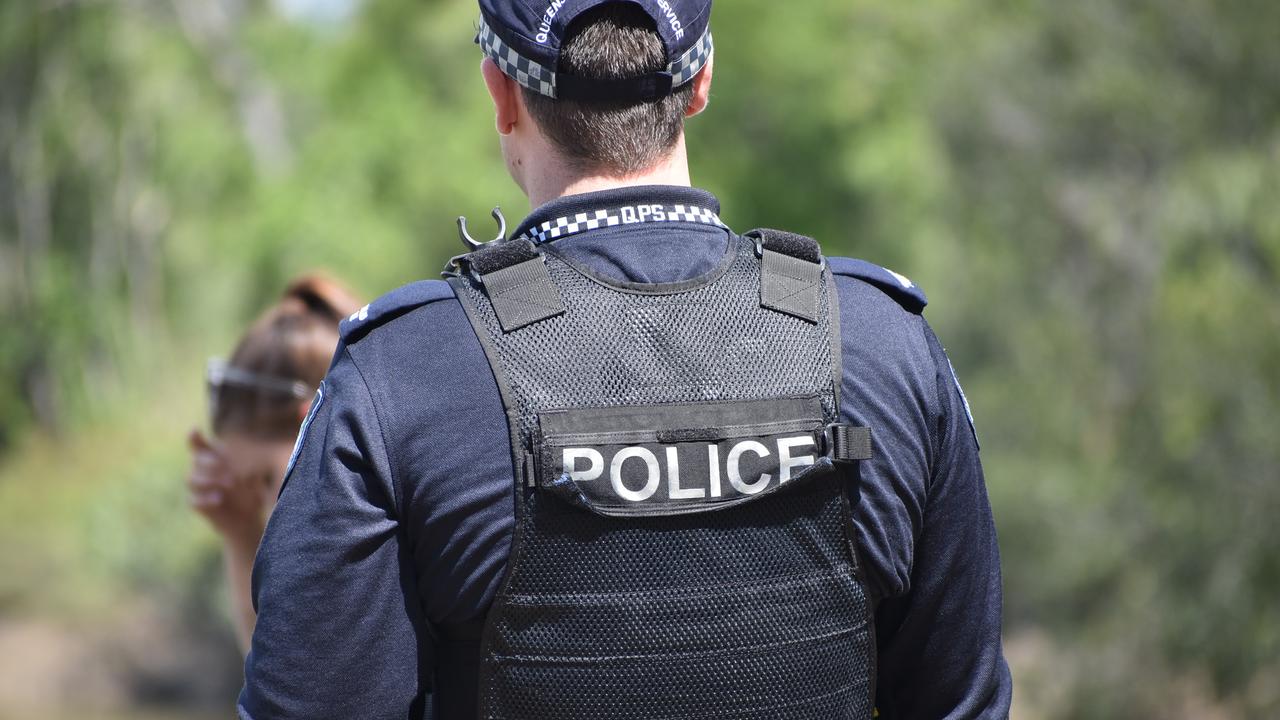 At Clarity Law our main focus is providing legal advice and representation to clients charged with committing an assault.  An assault charge can result in quite harsh penalties from the courts and the prospect of a criminal conviction preventing a person from travelling overseas or obtaining work.

There has been and remains a hardening attitude to assaults by the Queensland courts.  Where once the court would have merely imposed a fine they are more likely now to impose a jail sentence.  The courts have continued to state that they will be increasing penalties for violence to act as a deterrence.  You need a lawyer and a law firm with extensive experience with assault charges.

The definition of an assault is where a person strikes, touches, moves, or otherwise applies force of any kind to another person, directly or indirectly, without the other person’s consent or threatens to apply force of any kind to another provided that the person making the attempt or threat has the ability to carry it out.  As you can see the definition of assault is wide enough that you can be charged with assault merely by threatening an assault.  The law is contained in the Criminal Code (Qld).

Are there different types of assaults?

There are a number of different types of assault charges in Queensland ranging from common assault to grievous bodily harm.

Common assault is the most frequent assault charge that the Queensland Court hear. Generally a person will be charged with common assault where the person assaulted has only minor injuries or no injuries at all. We often find this type of offence occurring in “pub brawl” types of situation or disputes between groups of people or quite commonly disputes at work that turn physical. A person can be charged with common assault just by threatening to assault someone. The maximum penalty is a term of imprisonment for 7 years and is dealt with in the Magistrates Court.

In our experience where a person elects to plead guilty with well thought out submissions to the Magistrate the court would generally impose a fine and may not record a conviction where a person is first time offender or has only minor criminal history.

We have a dedicated common assault page

An assault occasioning bodily harm occurs where the person assaulted has suffered injuries that fall within the definition of bodily harm. In Queensland “Bodily harm” means any injury which interferes with health or comfort. The maximum sentence for assault occasioning bodily harm is 7 years but where the offender is armed or is in company with one or more persons, at the time the assault is being committed the assault becomes aggravated in which case the maximum sentence will be 10 years imprisonment.

The matter is dealt with in either the Magistrates Court or the District Court. We have a lot of experience in dealing with this type of charge and have been able to achieve some fantastic results for clients.  In the past we have had a lot of success in having the Police drop the charges where the people involved have been intoxicated or where the person assaulted had been acting in an aggressive or anti-social manner before the assault took place.

This charge often results in a prison sentence but in the right circumstances that sentence can be wholly suspended or a person could undertake parole instead of serving time in jail.

We have a dedicated assault occasioning bodily harm page.

Wounding is breaking or penetrating the skin, which usually results in bleeding. Since wounding is an indictable crime, the matters involving wounding are usually dealt with in the District Court. If found guilty of the offence a person can be liable to imprisonment for a period of up to 14 years. Grievous bodily harm is something more serious than a mere wounding or a bodily harm, and is defined as the loss of a distinct part of an organ of the body, serious disfigurement or any bodily injury of such nature that, if left untreated, would endanger or be likely to endanger life or cause or be likely to cause permanent injury to health. This type of charge is very serious and experienced legal representation is a must.  The charge can only be finalised in the District Court.

Generally a person charged with this offence would expect to obtain a jail sentence.

We have a dedicated grievous bodily harm page

The courts in Queensland take a very tough approach to people who are found guilty or plead guilty to spitting on a police officer and a term of actual imprisonment is almost certain.  There are a number of steps that should be taken immediately after being charged that may reduce the likelihood of a term of imprisonment or reduce any imprisonment these include;

You should get immediate legal advice if you find yourself in this situation and not take any steps without that legal advice.

We have a dedicated serious assault page

What penalties can the court impose for an assault charge?

The court has a wide variety of penalties it can impose for a person pleading guilty to or found guilty of an assault charge, the type of penalty the court might impose depends on the charge, the circumstance of the offending, the person’s previous criminal history and the injuries suffered by the victim.  The types of penalties the court could impose includes;

If you are charged with an assault charge and you are pleading guilty you will generally appear before a Magistrate to be sentenced. In Queensland over 90% of matters are dealt with in the Magistrates Courts. A Magistrate, when sentencing you, for this offence will take into account the facts of the case, any previous criminal history and your personal circumstances. The best way to ensure a successful outcome is to make sure your circumstances and the facts of the case are put in a clear and concise way before the Magistrate.

If you are seeking for no conviction to be recorded it is important that the Magistrate understands how having a criminal record might affect you in the future.

You can enter a plea of not guilty to the charge of assault and elect to take the matter to a trial. If the matter is dealt with in the Magistrates Court then it heard before a Magistrate, if the matter is in the District Court then your matter will be decided by a jury. If you plead not guilty, a brief of evidence will be served upon your lawyers. The brief of evidence contains all the evidence against you usually consisting of statements by alleged victim(s), witnesses and any forensic evidence. At the trial witnesses, police and any experts attend Court to give evidence orally. The witnesses are then made available for cross-examination by your lawyers. You have the right to give evidence at your trial or elect not to give evidence at all.

A number of defences may be available to an assault charge these include;

We will be able to advise you if we believe you have a defence available to you.

We have a whole article on defences to an assault charge.

Will a conviction be recorded?

When deciding whether to record a conviction to court looks at the following;

If the punishment is a prison sentence, even wholly suspended, a conviction must be recorded.  For information on the difference between a conviction and non conviction click here.

Can the charges be reduced or withdrawn?

It depends very much on the facts, it is possible however in certain circumstances. We have a comprehensive article on case conferencing

What have you achieved for clients in the past?

Case study 1 Client charged with assault occasioning bodily harm. Client had struck a person making racially motivated comments to him over extended period. Client struck the person causing $22,000 damage to the persons teeth. We were able to convince police prosecutions to drop all charges due to the racial nature of the insults.

Case study 2 Client charged with assault occasioning bodily harm while in company. Client was alleged to have struck and kicked a person whilst that person was on the ground. We were able to negotiate with the police prosecutor to drop charge to common assault and client was ultimately fined $500 and no conviction was recorded.

Case study 3 Client charged with assault occasioning bodily harm. Client alleged to have struck person making inappropriate gestures to his girlfriend. Person was knocked out and struck his head on the ground causing significant injuries, client had previous history for same offence and faced significant time in jail. We were able to convince the court to wholly suspend the jail sentence meaning client spent no time in jail.

Case study 4 Client charged with assault occasioning grievous bodily harm.  Client had kicked and punched a taxi driver on the ground causing extensive injuries.  We convinced the court to impose an immediate parole release date meaning the client spent no time in jail.

Case study 6 Client charged with assault.  Client had thrown a glass at a person which missed (glassing) but had then struck another person in the face.  We were able to convince the court to give the client probation and no jail sentence.

Do I need a lawyer?

Do not attempt to represent yourself in the court on an assault charge as the risk of jail or the recording of a conviction is too high.

Engaging Clarity Law to act for you

Engaging us gives you the best chance at obtaining avoiding a jail sentence or not having a conviction recorded.   We are the leading criminal law firm in South East Queensland.  We appear every week in the courts with people charged with assault, it is this experience that allows us to get the best result for clients.  Other law firms simply don’t have the experience that we do and don’t know the judges like we do.  Just some of the benefits of us acting for you include;

We appear in every court in South East Queensland.  Just some of the courts we appear in for assault charges are;

Will I need to come in to the office to see you?

We have offices in Brisbane, Ipswich, Logan, Brendale and on the Gold Coast and Sunshine Coast  but in most cases we can handle everything by email and the phone without you ever having to come into our office.  We are also open outside normal business hours for your convenience.

What do you charge?

We charge a flat upfront fee for our services that means no hidden charges or unexpected bills.  We don't charge any travelling fees either; if you are in Maroochydore or Southport you will pay the same price as if you are Brisbane.

We are also upfront with our fees, if you look at other law firms few, if any, clearly list how much they are going to charge you.  Clarity Law on the other hand are happy to list our prices as we are sure no other South East Queensland law firm can match our prices and experience. Our prices include;

To see what we will for a guilty plea on an assault charge click here.  If you are wishing to plead not guilty or the charge is very serious we will provide a fixed price written quote.

Links that may be of assistance

Link to our Blog

How do I get more information or engage you to act for me?

When you contact us you will be dealt with by staff all with more than 20 years experience who can give you immediate help, advice and provide a no obligation fixed price quote.