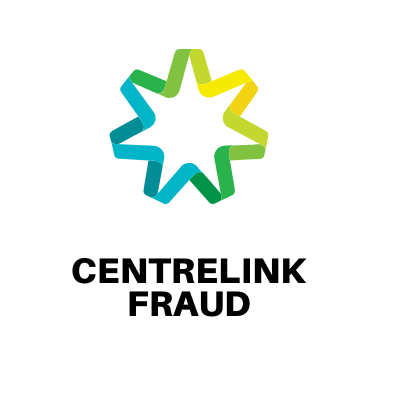 Centrelink fraud is a commonwealth charge which means the charges are bought by the commonwealth department of public prosecutions under commonwealth law but the actual process is carried out in the Queensland Courts.

The most common charge of centrelink fraud is bought under section 135.2 of the Criminal Code Act 1995 (Cth). That legislation provides as follows;

(a)  the person engages in conduct; and

(aa)  as a result of that conduct, the person obtains a financial advantage for himself or herself from another person; and

(ab)  the person knows or believes that he or she is not eligible to receive that financial advantage; and

(b)  the other person is a Commonwealth entity.

What penalty can be imposed?

The court will be provided with comparative sentences by the Commonwealth DPP and they provide some guidance to the court as to the range of penalties to be imposed in these types of matters.

A jail sentence is often within the sentencing range.

The table below sets out the outcomes of some of the more common cases that the court considers in sentencing.

How does the court reach a decision on penalty?

Judge Irwin in the smith appeal decision concluded that;

In my view, given the range of sentencing options available under the Crimes Act to enable an appropriate sentence to be structured, to achieve deterrence and to balance mitigatory factors, it is an error to proceed on the basis that an intensive correction order is the only means of achieving this, such as in the absence of an ability to undertake the community service component, through no fault of the appellant, the only alternative sentence was one involving a short period of actual imprisonment.

In regards to balancing the deterrent factor with the defendants personal circumstances Judge Irwin quotes from Williams J in R v White where his honour stated;

“A custodial sentence is clearly the most likely to have the required deterrent effect, but that does not mean that there will not be cases, indeed, perhaps many cases, where factors personal to the offender, under consideration, will warrant or justify the imposition of a non-custodial sentence."

His Honour Judge Irwin then goes on the state;

In R v. Holdsworth, although the judgment of the President of the Court of Appeal was a dissenting one in relation to the penalty to be imposed, he relevantly said: "While deterrence is a significant factor in sentencing in respect of offences such as those of which the respondent is guilty, the need for deterrence must be balanced against other considerations, including, especially in this instance, the point which has been reached in the Court process and the respondent's personal circumstances. The need for deterrence can be sufficiently met by the imposition of a period of imprisonment which is suspended for a substantial period, during which the respondent must be of good behaviour."

In discussing the appropriate sentence to be imposed on the defendant in Smith v Benson his Honour concluded that;

…an order for immediate release is part of what is a sentence of imprisonment, even though non-custodial. Further, I consider that the service of the appellant's sentence in the community, in conjunction with a 12 month probation order, including a requirement that she submit herself to such medical, psychiatric and psychological treatment as directed by a community Corrections Officer is in itself an onerous obligation upon her.

In discussing the comparative sentences provided by the Commonwealth DPP in Smith v Benson his Honour concluded that;

In these circumstances, the need for deterrence is sufficiently met by the imposition of a period of imprisonment, with an immediate release upon entering into a recognisance, conditioned that she be of good behaviour for a period of two years and subject to 12 months probation

This is not outside the range of sentences which emerges from the comparative sentences to which I have referred. Of those cases, Groundwater is the only one in which a sentence involving an actual period of imprisonment has been upheld. In Rosales and Andersen, such sentences have been set aside and a sentence of imprisonment to be served by an intensive correction order imposed.

In Rosales v Carstens [2004] QDC 579 her Honour Judge Wolfe concluded that in regards to sending that defendant to jail for a short period of time that;

And earlier in that decision her Honour stated that in regards to the original Magistrates decision not to have the defendant serve the sentence of imprisonment by way of a ICO that;

I do find that the Magistrate erred mostly because, with a 12 month maximum, he could have imposed an intensive correction order which will impose an enormous burden on the appellant. Secondly, a 12 month intensive correction order is enormously difficult, as the Court of Appeal, particularly Williams J, has in the past observed. It involves a person having to report at least twice a week or receive visits twice a week; being prohibited from leaving Queensland or staying out of Queensland unless special permission is obtained; being in jeopardy of being locked up in a community residential facility for up to seven days at a time if the authorised Corrective Services officer directs.

There is also the point that an exact comparison of the applicant’s case with other like cases in an endeavour to find true consistency in sentencing is unattainable, as I pointed out (with the agreement of the Chief Justice) in R v Willoughby [2009] QCA 105 at [31]. There are always differences between offence and offender so that a precise comparison is impossible. What is possible is an examination of cases to discern a range within which the sentencing discretion is to be exercised.

A sentencing judge has a very wide discretion as to the appropriate period of imprisonment, if any, which must be served before an offender is released on recognizance. This was recognised by this court in R v Ruha, Ruha & Harris; ex parte Cth DPP where it was observed that:

“Part 1B of the Crimes Act, under which sentencing judges are given a discretion to direct release on recognizance at any time from the commencement to the end of the term, is consistent with the application of the general principle that material differences in particular cases might justify materially different sentences, including in the specification of the pre-release period.” (emphasis added)

What factors does the court consider when sentencing?

The crimes Act section 16A sets out those factors that the court must take into account when sentencing. They are too numerous to list but often include;

The defendant’s personal circumstances that go towards imposing an ICO or an immediate release on recognisance rather than actual imprisonment may include;

The most common sentences the courts consider for centrelink fraud are generally;

In additional the court will make an order the amount of the centrelink fraud be repaid to the government.

What can I do to get the best outcome

Seek good legal advice is the first step. A lawyer will be able to give answers and make recommendations to achieve the best outcome.

Can Clarity Law help me?

Engaging Clarity Law gives you the best chance at obtaining avoiding a jail sentence. We appear every week in the courts with people charged with centrelink fraud, it is this experience that allows us to get the best result for clients.  Other law firms simply don’t have the experience that we do.

Do you have an office near me?

We appear in every court in south East Queensland between The Gold Coast and Bundaberg and out to Toowoomba and beyond. We also have a 5 star rating on Google and Facebook. We have offices at:

We appear in every court in South East Queensland including;

Liability limited by a scheme approved under professional standards legislatio