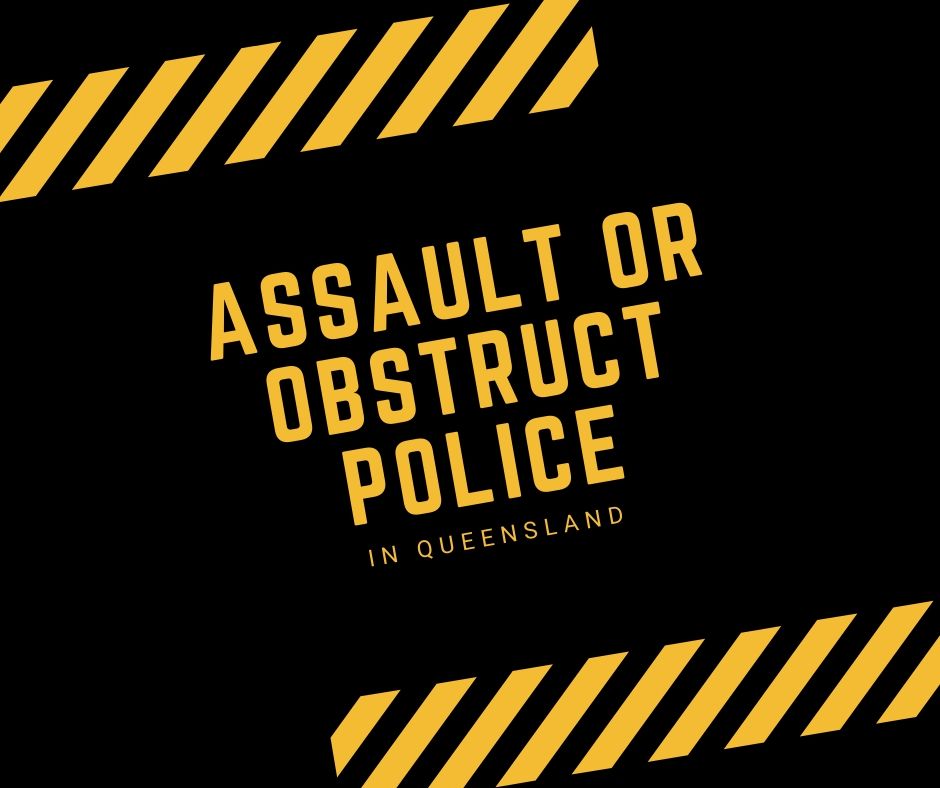 The charge of assault or obstruct police is a very common charge in Queensland and one that people who otherwise have never been in trouble with police are often charged with.

Section 790 of the Police Powers and Responsibilities Act defines the charge of obstruct or assault police as;

A police officer can include a police dog or horse.

The act defines obstruct to include any of the following;

The definition of assault is found in the Queensland Criminal Code and includes;

In this section— applies force includes the case of applying heat, light, electrical force, gas, odour, or any other substance or thing whatever if applied in such a degree as to cause injury or personal discomfort.

As you can see the definition of assault is very wide and includes not only actual striking of someone but also just an attempt to actually strike someone.

How do these charges generally arise?

In our experience this offence is using committed in the following circumstances;

In the overwhelming amount of cases there is alcohol or drugs involved.

What court will deal with this offence?

In general the Magistrates court will deal with this charge. Though the possibility exists it could be heard in the District Court it rarely is.

What penalties can be imposed?

The penalty that would be imposed depends on a number of factors including;

From July 2016 to June 2019 the Queensland Magistrates court dealt with 5,637 cases of Obstruct police. The penalties imposed were broken down as follows; 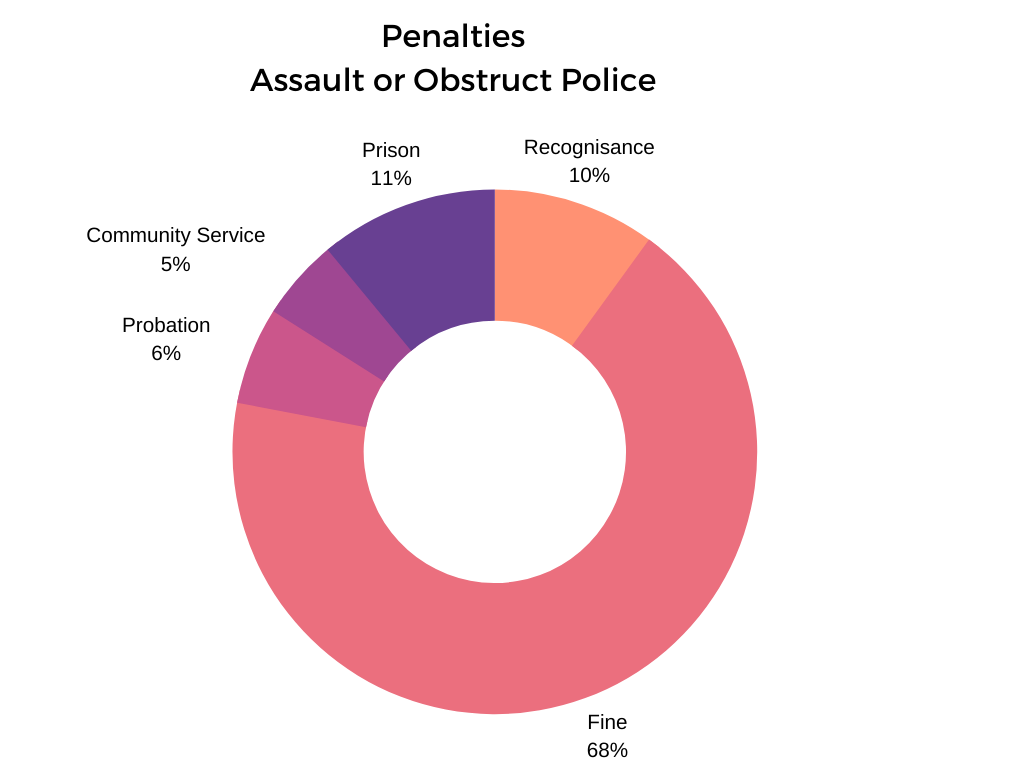 In addition If the police allege that the obstruction or assault took place in a public place whilst the defendant was affected by an intoxicating substance than as part of the punishment the court must order that the defendant perform a period of community service. The community service cannot exceed 240 hours if the Magistrate Court hears the matter.

There are a number of potential defences and these include;

Could the prosecutor drop the charge?

It is sometimes possible to negotiate with the prosecutor to reduce or withdraw the charge. Negotiations are known as case conferencing in Queensland. Whether negotiations would be successful depends very much on what is alleged and how strong the case is. Often in these cases there is either CCTV footage or footage from the police officers body worn camera and these can be viewed to determine the strength of the police case.

Will a conviction be recorded?

The courts must consider whether to record a conviction or not. The types of things that courts take into account include;

In addition whether a person has previous criminal offences will be an important factor for the court in determining whether to record a conviction.

Remember if a conviction is recorded this can impact your ability to obtain employment or travel overseas.

Should I engage a lawyer to apply for handle my charge?

While we obviously have a vested interest in people using a lawyer for their charge we are of the strong opinion that this is a charge you should always use a criminal defence lawyer for a charge of obstruct or assault police.

Some advantages to using a lawyer includes;

If I’m going to engage a Lawyer why should I engage Clarity Law?

At Clarity Law we are experts in Queensland criminal law. We are in the court every single day helping people with criminal charges. We have handled hundreds of obstruct/assault charges.

We also have upfront fixed fees with no hidden charges. Our prices are on our website unlike most law firms. The prices are listed at www.claritylaw.com.au/prices.html

We are also a no pressure firm which means feel free to ring, we can give initial advice and help but you aren’t pressured to engage us but of course we are more than happy if you do.

We cover all courts in South East Queensland from Southport to Gympie and out to Toowoomba. We are also a criminal law firm, we don’t do any other type of law so we are in the courts every day helping people with charges like this.

We have offices at;

Liability limited by a scheme approved under professional standards legislation